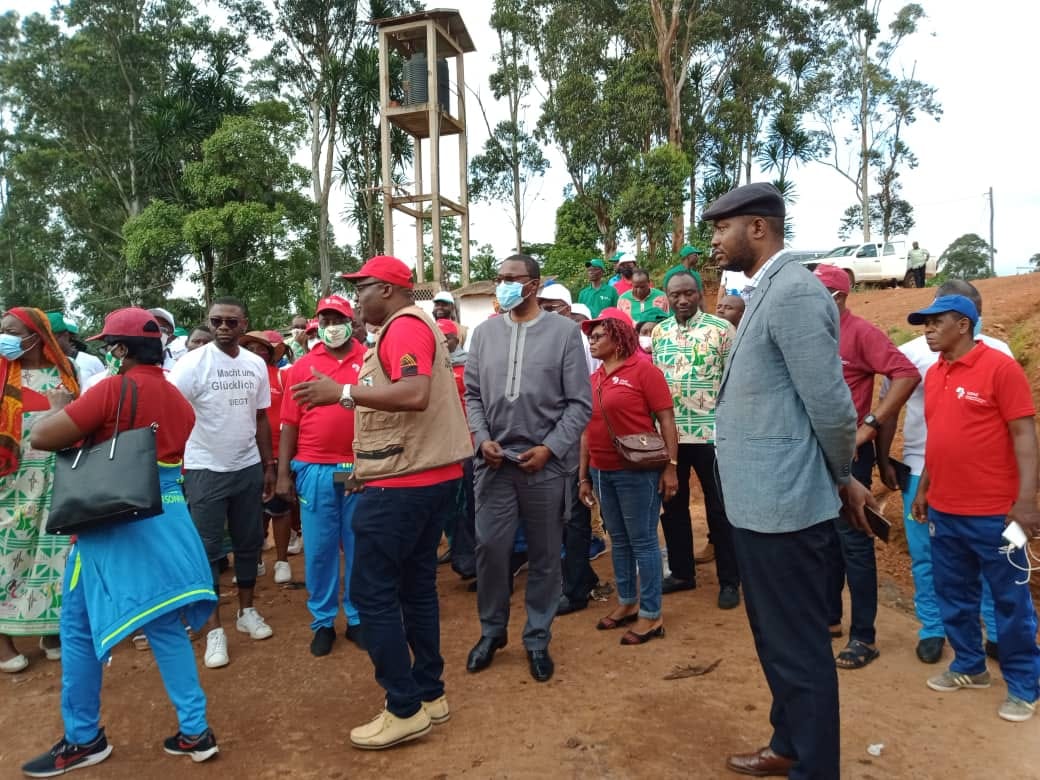 On 28 May 2022, the Mayor of Dschang, Mr. Jacquis Kemleu Tchabgou, his 3rd Deputy, Dr. Landry Toukam, the Head of the Cooperation Unit, the Heads of the Hygiene and Social Affairs Departments and the heads of the Communal Establishments received a delegation of the Mutual Society of the staff of the Catholic University of Central Africa, who came to discover the historical, climatic, tourist, university and agricultural city… within the framework of cultural enrichment and knowledge of the national heritage of more than 90 people.

The visit, which was meant to be both tourist and working, started with a visit to the Sinteu site which houses the Dschang municipal landfill, the first modular sorting unit for solid household waste south of the Sahara, one of the composting platforms for the production of biological amendments commonly known as compost, and soon the future liquid waste treatment plant which will be the second of its kind in Cameroon after the one in Yaounde. It is worth recalling that this unit which is the object of international curiosity, constitutes the pride of the city of Dschang in terms of highlighting decentralized cooperation, territorial sanitation, control, treatment and valorization of solid household waste, environmental protection, circular economy, job creation and income.

It was then a question of making under the watchful eye of the Mayor Kemleu and his Deputy number 3, a quick discovery of the site housing the University of Dschang (UDs), the most national of Cameroon due to the dispersion of its Establishments and annexes in several Regions of Cameroon and particularly the Doctoral School, the Faculty of Agronomy and Agricultural Sciences (FASA), the one from which the UDs took off.

The visit of the Delegation ended with exchanges in the civil status hall of the Council of Dschang with the whole delegation.

In short, at the end of the exchanges, promises to meet again in the next few days in order to collaborate were made by the officials of the City Council and UCAC. It was almost 6:30 pm when the UCAC delegation left the Town Hall to head for Bafoussam.