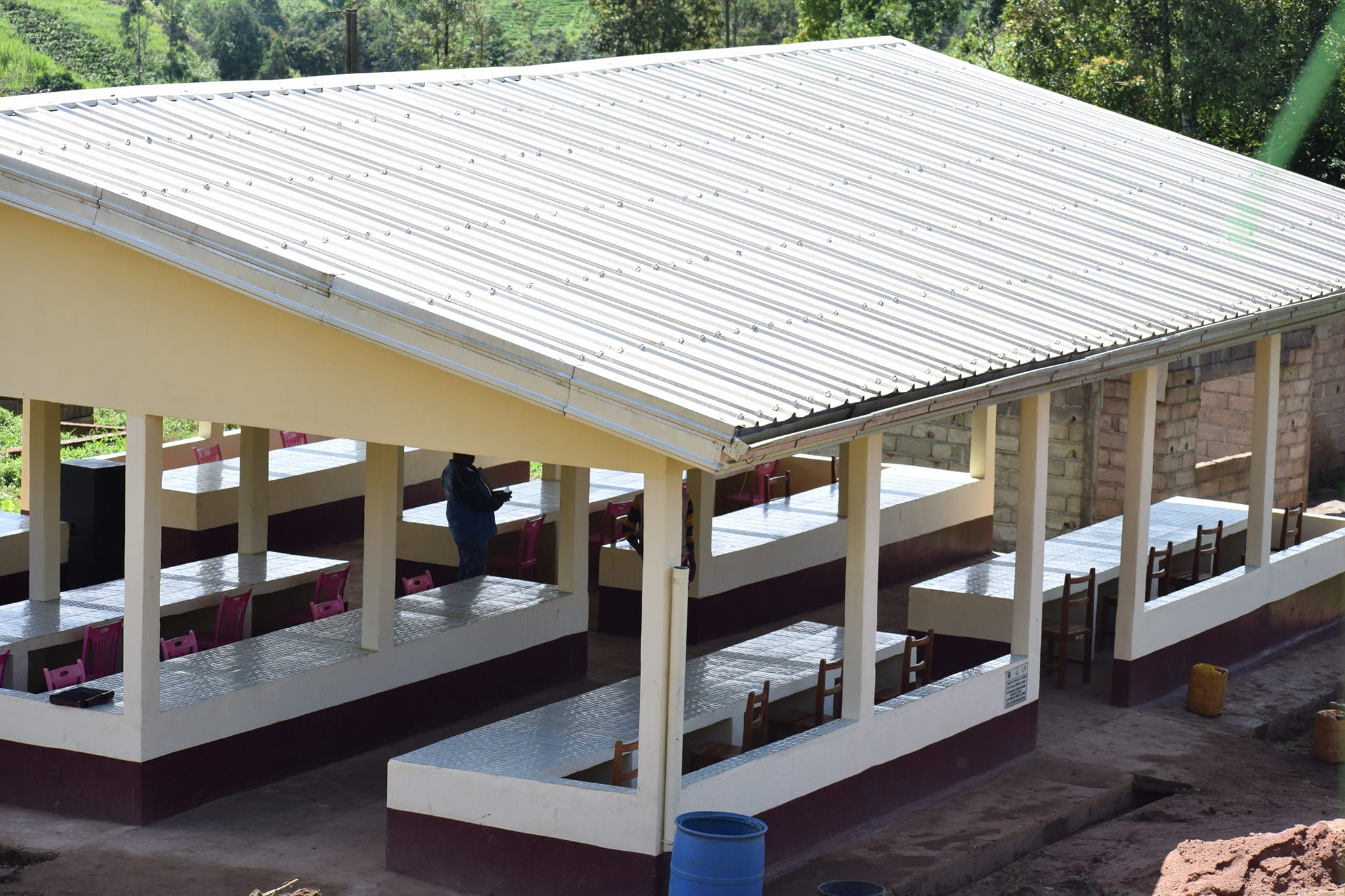 Provisionally received on June 3rd 2021, the work built in the Fotetsa grouping remained unused one year later. It is a latrine block with three (03) compartments and a shed with thirty-two (32) counters, built to serve as a modern market for the people of Fotetsa and its surroundings. A final acceptance commission was on the site of the work on Wednesday 22 June 2022.

The beneficiary populations of this project mobilised massively and expressed their joy to benefit from such a work. They praised the municipality for all the achievements from which they continue to benefit under the era of the mandate of challenges carried by the Lord Mayor Jacquis Gabriel Kemleu. The commitments remain constant in the development of roads, the improvement of the quality of electricity network, access to drinking water through the construction of boreholes and the rehabilitation of mini water networks.

The market of 32 counters (hangars) and a toilet block in the village of Fotetsa, built with 85% PNDP funding and 15% from the Dschang Council, remains unused, one year after its provisional reception.

Present once again in Fotetsa, Mr. Megouo Boniface, regional coordinator of the PNDP, generally appreciated the implementation of the works by the winning company, but expressed his dissatisfaction with the fact that the investment has not been used for a year. Justifying this act, the village chief took the floor to explain the non-functionality of the market until now: « the Fotetsa market is not occupied because we were waiting for its final reception before proceeding to an official opening ceremony ». He proceeds by explaining to the visitors and the population that: « the official opening ceremony of the Fotetsa market by the population will take place on Saturday 20 August 2022 »; and for this opening, he once again urged the presence of all the members of the reception committee made up of the Mayor, the technicians of the municipality, the sectoral committees and the regional coordinator of the PNDP.